Final Painting of the Project 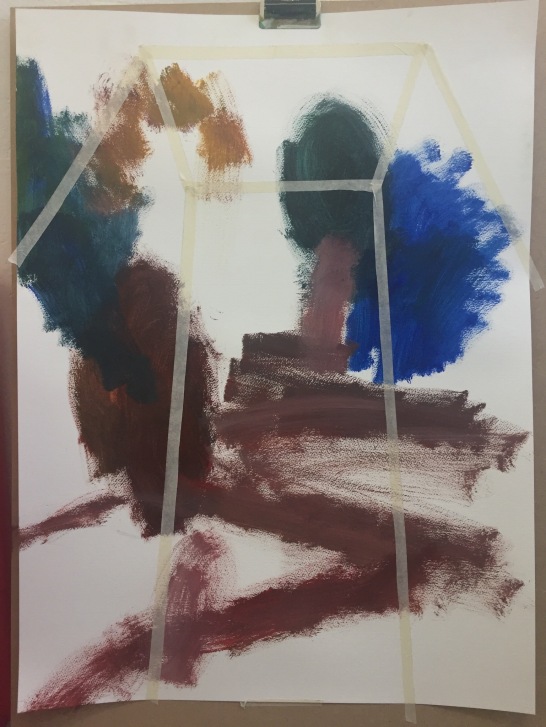 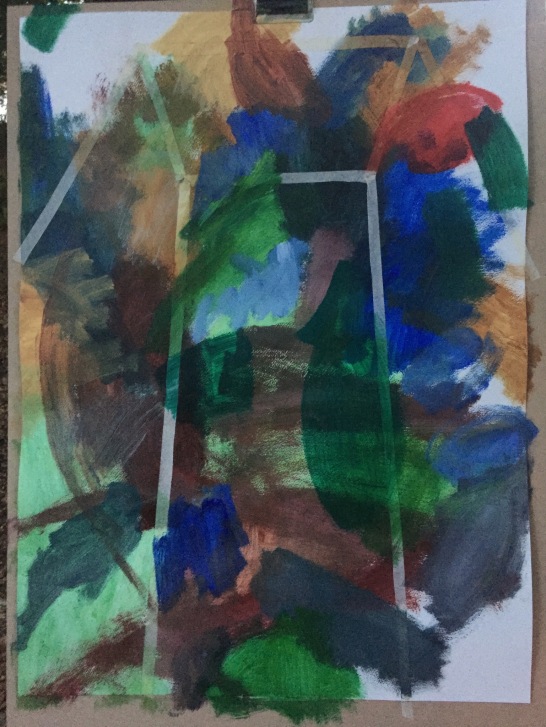 I walked around the woodland, absorbing the atmosphere and deciding where I wanted to paint. In the end I decided to paint in the same location that I did my last painting. The height and grandeur of the scene is perfect for the atmosphere I want to capture, and it works well having the same scene focused on for both A1 pieces, since I stood in the same spot for the fist A1 piece I did.

I completed the piece over two nights, working from sunset to darkness. Until it was pitch black.

I found the work really came together as the darkness came, my process (similar to the A3 pieces) was to work light to dark, adding the richest, darkest, most opaque colours last under torch light. Witnessing the changing light and mood, and not just the scene in front of me but the whole woodland surrounding me, created a piece that I don’t think could be replicated in a studio.

I decided to use a similar shape of structure for the two pieces, since the shape was inspired by the same scene, it naturally meant the structures took similar shape.

I am very pleased with how the two pieces look together, there is a real sense of light and dark, which is reflected in the two images of the view from where I stood when painting.

I considered having a dark background to the painting completed at night, so when the tape was removed it revealed a black background. However looking at the two pieces next to each other, I realise the same white lines is what ties the pieces together.

A number of artists have been influential in this project, such as Howard Hogdkins (from Lent term but still relevant to this project) and Maria Chevska. But the artist Piet Mondrian (from Lent term) progressed his style in a similar light to my work; gradually moving towards abstraction. His work started as expressive landscapes and eventually settled on extreme abstraction. This pairing back of work is something that I investigated at the beginning of my investigation into woodland, but couldn’t relate to at the beginning of the project. I was very much settled on the idea of describing the world around me in a more literal sense. Now however, I can see that abstract painting offers the potential to capture something deeper and closer to human experience than an accurate depiction of a landscape.

I am happy with the conclusion of this project, I have found my own language with paint, which I would like to continue exploring and refining in the future.